According to Argonne National Laboratory, despite the global pandemic and supply chain issues, as of May 2022, there were a total of 2.69 million electric vehicles (EVs) on U.S. roads. The increasing share of electric vehicles is primarily attributed to a growing consumer acceptance of EVs, which coincides with elevated gas prices and recent OEM announcements of substantial investments in electrification.

To understand the rapidly changing U.S. market, Mullen Automotive commissioned consulting firm GO GROW, LLC (“GO”) to design and develop a detailed, consumer-facing market exploration of the Electric Vehicle category. The study used an online, monadic methodology and contained a robust sample size of nearly 4,000 respondents (U.S. adults age 18+ / Household Income $50,000+) recruited from a nationally representative database. Respondents were queried on their opinions and interest in the EV category as well as their awareness, trial, purchase, and consideration of the competitive set.


Before we get into the details, let's take a quick run through all the acronyms making up the current Elective Vehicle landscape:

Now let's look at some of the key findings and most insightful takeaways from the Mullen study concerning BEV ownership.

Not surprisingly, in terms of ownership, the Tier 1 category leaders include the legacy sales representing the Tesla Model S (18.1%) and the newer Tesla Model 3 (17.6%). 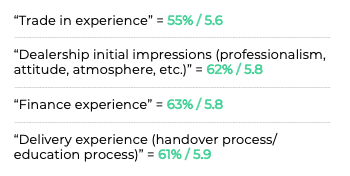 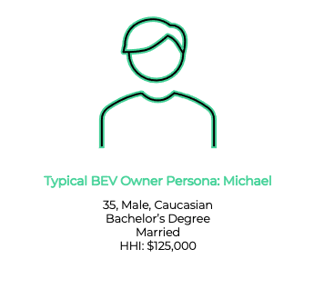 Education: Primarily those with higher education (a college degree+) (56%)

BEV Owners tend to have a significantly elevated strength of conviction regarding their personal attitudes and opinions. They are among the most highly motivated to achieve financial security, significantly more satisfied or content with their life in general. They project the highest degree of self-confidence; and as a likely consequence, are significantly more inclined to perceive themselves as a leader. They are also more politically motivated, the least conventional, and place the highest degree of importance upon maximizing fun and enjoyment in their lives.